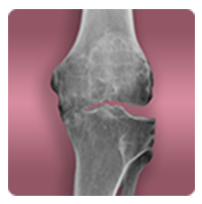 Could not keep up

From what I have been told I am young to have to have this surgery, I am 46 years old. I have been have problems with my knee for over 15 years and because of my age insurance back then did not want to cover the surgery, so we went with a series of injections. They helped for a brief amount of time but not long term. For about the last 10+ years I have been bone on bone on my left knee and the time for me to revisit the surgery came when I could not take the walks with my wife to play with our grandson (2yrs old). I set my appointment in July and was able to schedule the operation for November 2013, and as the date got closer the more scared I became.

I am not the bravest of patents. I was afraid of 1) what they were going to do to my knee and 2) the amount of pain I was going to be in after the operation and there after. At the hospital they told me what was going to happen and who was going to be in the room with me. The doctor offered a nerve block that would allow me to keep the pain at bay for the first few days post-op, I took him up on the offer and I am glad I did. From the time I woke up and until I left my pain level was no more than a 4/5, there was some discomfort but no true pain. Even when the block was removed the pain never came. The surgery was on a Thursday and I was home Saturday night and I took 4 doses of the pain pills during my first 2 weeks, then just stayed with Tylenol.

One of the things I did before the surgery was that I was doing weight training 3-4 times a week. The leg workout was not much but my thinking was that if I could make my muscles stronger around my knee area than that would be an asset for me after the surgery. I was also doing about 20 miles a week on the bike. The most difficult time after the surgery is when you want to sleep, I have found a small pillow between my legs helps with the pressure.
Comments
No Comments